The cask of Amontillado: by Edgar Allan Poe and from Montilla Moriles 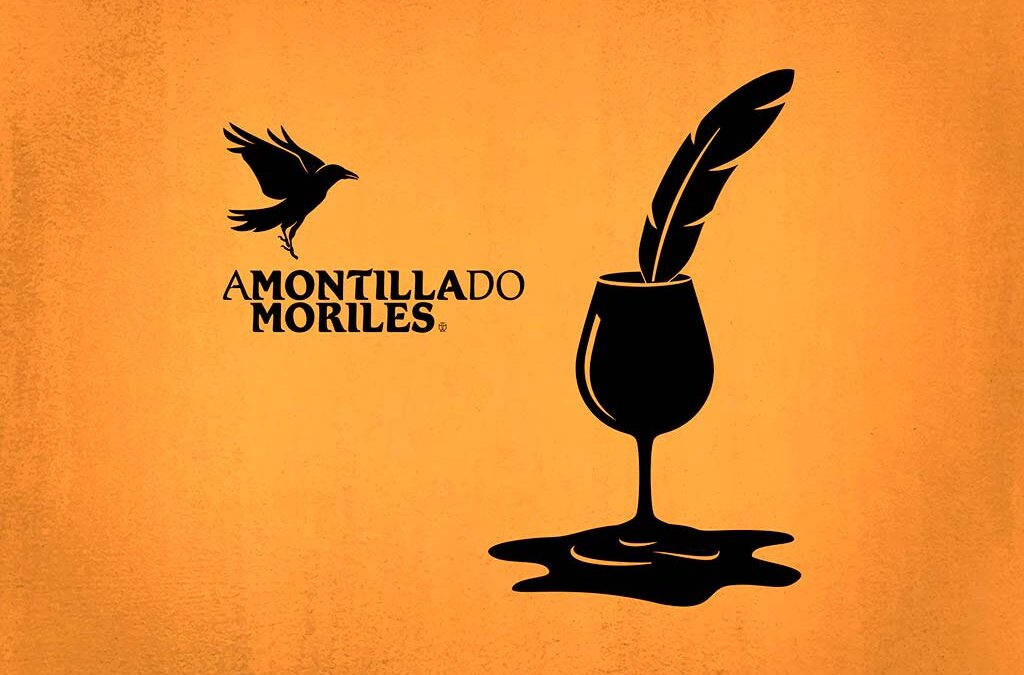 Do you know the story behind The cask of Amontillado and the important that has in the United States for a lot of followers? From where was from this Amontillado? From Montilla Moriles or from Jerez? Do you know that exist a year time ritual where the mystery character toast on the tomb, on the writer’s birthday?


“The thousand injuries of Fortunato I had borne as I best could, but when he ventured upon insult, I vowed revenge”. With these words it is open one of the terrific tales from Edgar Allan Poe, where the Amontillado wine it is the main role from the fiction. Amontillado is the no human character that has the power and the weight along the tale. Without this fortified wine, the develop about the story it would not make sense. How much it cost one glass of Amontillado wine in 1846, and I do not get me wrong, I am not talking about the economical value, I am talking about the symbolic value, to give the inspiration to the author that push up the crime novel, as a narrative genre? I think, to be honest, that was a lot, although that weight seems to that has faded with time.

Say Poe is the same that say Amontillado. Amontillado wine is synonyms of The Cask of Amontillado. But, let’s come back to the tale, just in case that you have not reading yet, and without spoiling. This short story was published for the first time on November of 1846 inside of the magazine named Godey’s Lady’s Book, where later other stories would be published like The black Cat, or Tell Tale Heart, where all the tales talk in diversion about the death. 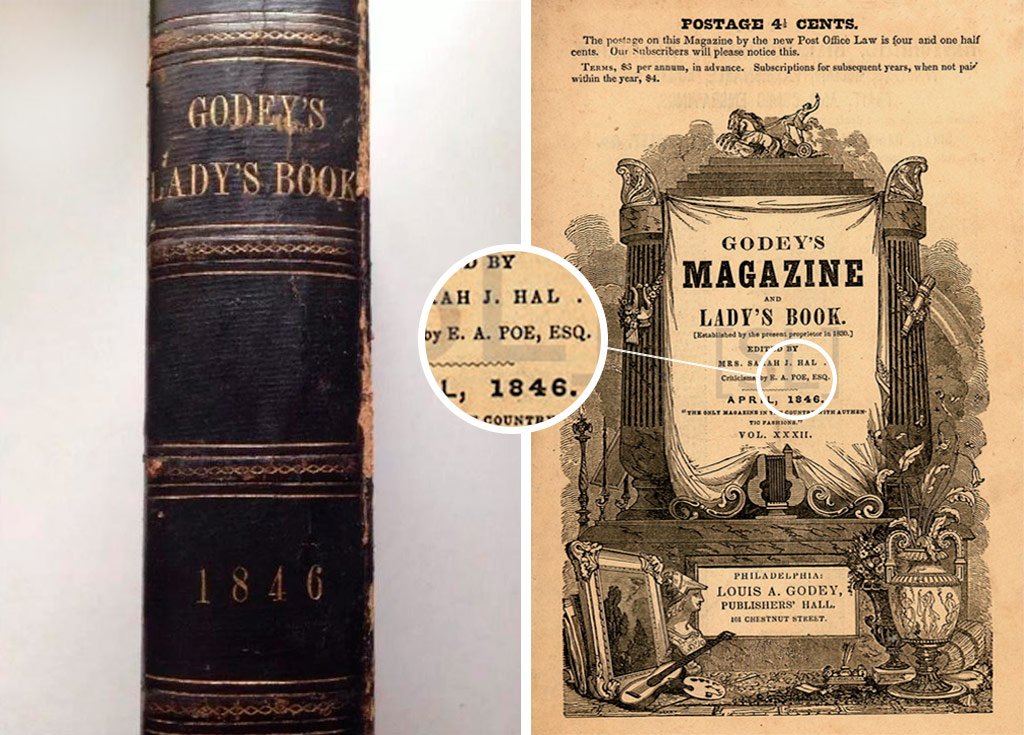 On The Cask of Amontillado, Edgar Allan Poe described the revenge from the storyteller, a guy called called Montressor, and the other one, irony of the life, called Fortunato ( that mean the guy that is lucky). Fortunato wants to kill Fortunato. The lure, one cask of amontillado, in the middle of Carnival party from any city around Venice.

What such of wonderful treasure means to get one amontillado cask for the poor Fortunato, to does not matter, in the middle of the nigh, decided to go without hesitation, to taste on the underground winery to just said that he was drinking from that elixir wine. And the thing is, a good amontillado is well worth even death, at the minimum amount of a full barrel, or at least that must have seemed to the characters in The Cask of Amontillado. 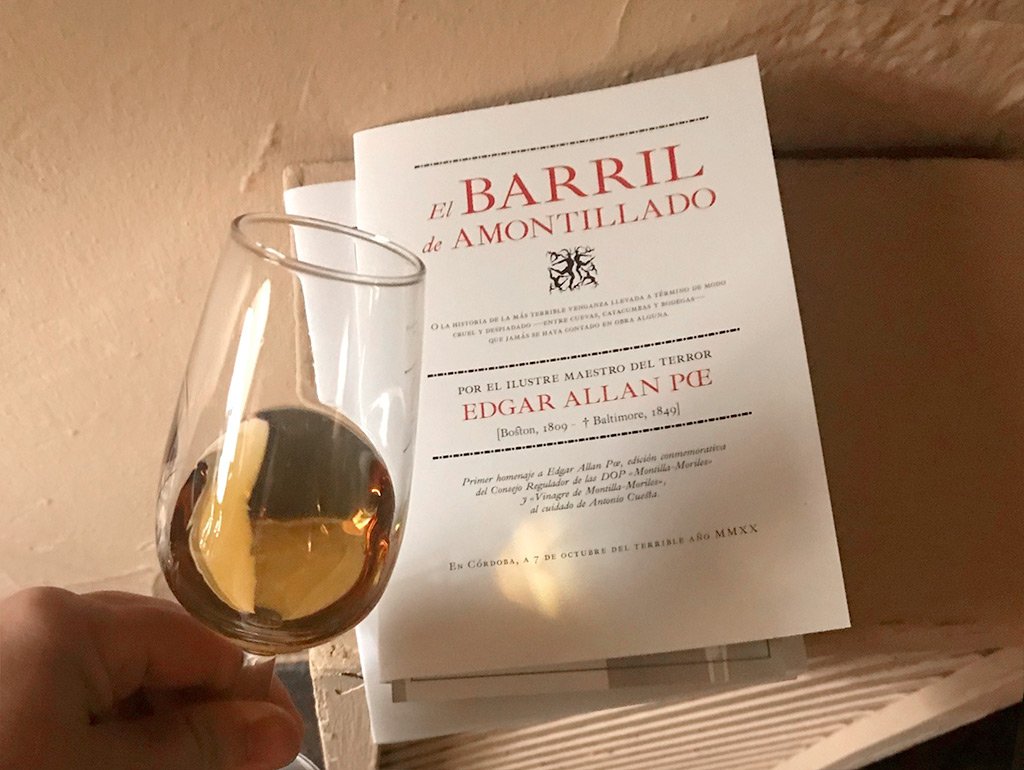 Amontillado from Montilla Moriles DO, of course

The controversy is always been served in a glass of wine, and maybe it is the time to dot the i’s and cross the t’s, without offending anyone.

People said that probably due to the difficult of the distribution of that times (luckily than in WeloveMontillaMoriles well sell online) some people said that this Amontillado could be from Jerez, for this such of thing that they always arrives early to everywhere, due to the easy access that they have to the maritime logistic.

Let´s get by part. Etymologically speaking, Amontillado (the noun) is coming from the word Montilla no from the word Jerez or Sherry. In the other hand, like said the newspaper Mercurio from that times, the Amontillados were wines that people paid 40 coins, and for the Jerez just 16, before philloxera time. 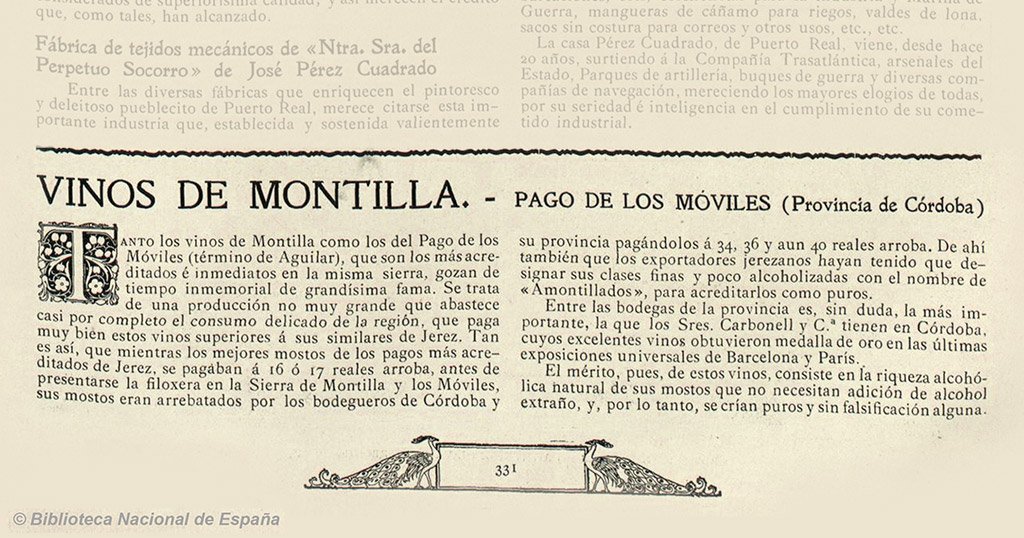 Newspaper clipping from Mercurio Magazine, that it is conserved on The National Library of Spain.


Amontillados wines were made ( and still) in Montilla, under the Solera System, and really referents for the characteristic and the great value. So…my point it is that a cask of amontillado from Montilla Moriles could be the perfect excuse to kill (on the fiction) to one of the main characters, due to the amazing value and the pleasure that they have.

In addition, we need to think that in the times of Poe, there was an identity and trade war between the Americans and the British, and the Sherries, with all my respect, they owe their international fame, because the English people made them theirs, and because Allan Poe was American guy, for sure, he wants to said to the World that the Amontillados from Montilla Moriles (Spain) they had nothing to do with the others fortified wines. 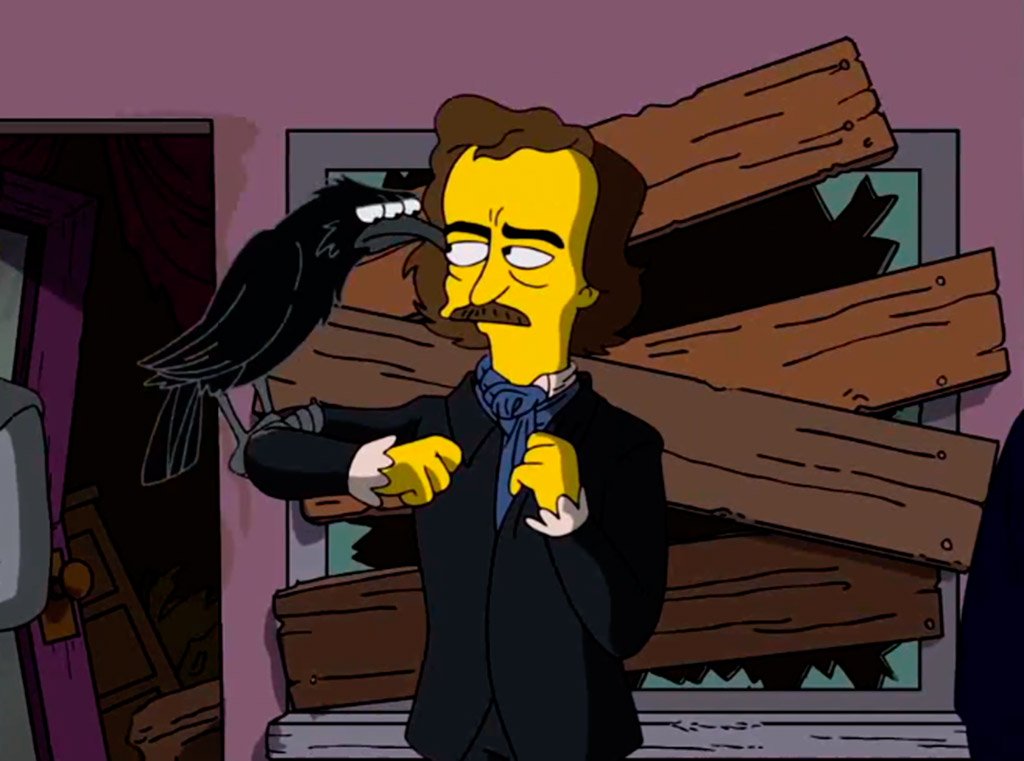 Edgar Allan Poe also as a cartoon on The Simpsons, because it is still a celebrity.

Possibly the most sharp phrase is when the character of Fortunato talks with a lot of disdain from the other guy that he consider a stupid wine taster “Luchresi cannot tell Amontillado from Sherry”.

So, in my opinion, with this little touch, Poe wanted to said that the Luchresi was not able to make a distinction between Montilla from Jerez, or what it is the same, United States from Britain. So, for me, this was a statement of intents about the political things…So, for this reason, for sure Edgar Allan Poe was drinking Amontillado from Montilla Moriles DO, and thought that it could be a banner for this tale.

Be that as it may, for sure Poe was a Amontillado lover and from the brandies as well, that by the way, a lot of wineries make brandies in Montilla Moriles also, short to say, Brandy is the very old evolution of Amontillado, so makes totally senses. 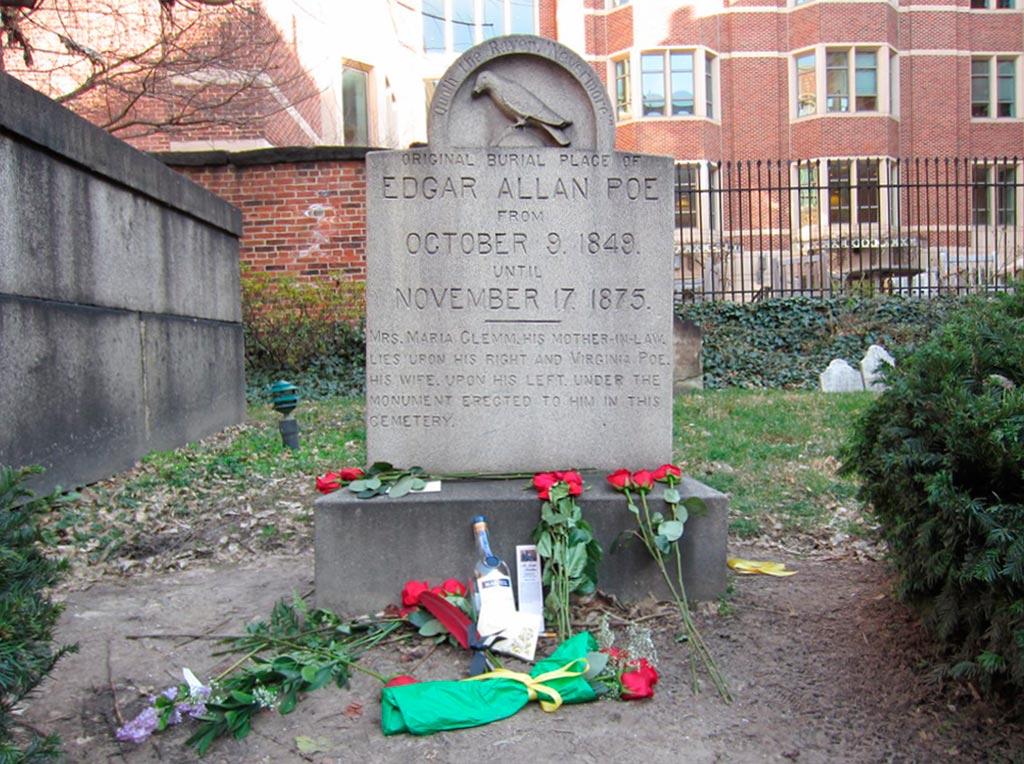 The Mysterious Poe Toaster, drinking Amontillado and brandy at the cemetery

Everything around Poe is so macabre and mysterious. Once again his grave was not going to be less. Every single year, there is a someone or a shadow that going to drink a glass of Amontillado and brandy in the anniversary of his death. For more than 60 years a nobody knows it is repeating a toast on his grave. This anonymous person, dressed up with black with a wide-brimmed hat and white scarf, would pour himself a glass of Amontillado or brandy and raise a toast to Poe’s memory, then vanish into the night, leaving three roses in a distinctive arrangement and the unfinished bottle. This person is know as a Poe Toaster, according to members of Edgar Allan Poe in Baltimore.

Curiously, the last appearance from Poe Toaster was in 2009, making the coincidence with the bicentennial of Poe Birthday. For 5 years, it was not Poe Toaster show. So for this reason, the Edgar Allan Poe Foundation from Baltimore organized a competition to sign a new Poe Toaster.

The requirements to role this character in live, were make a life show, with cover face, that could be to the level of the previous one. It was on 16th of January of 2016, when they celebrated a big party with a multitude of people waiting for the Poe Toaster, in the meantime were drinking apple cake and drinking amontillado and brandy. Also were reading a dramatic version of The Amontillado Cask until the big guy appears. Suddenly, the Poe Toaster arrived black dressed with background music of a solo violin that plays Danse Macabre of Camille Saint-Saëns. After this, the Poe Toaster did the toast to the air and leave behind 3 roses and a bottle of Amontillado. 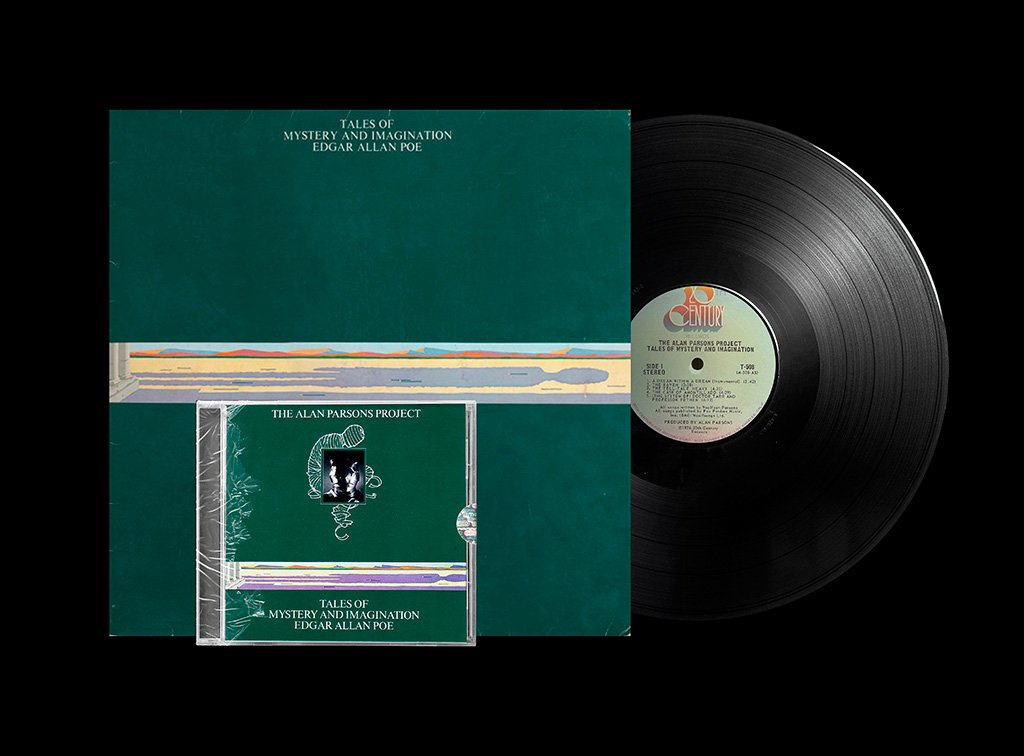 «Tales of Mystery and Imagination Edgar Allan Poe» (1976) was the first album from The Alan Parsons Project. The first reissue CD (1987).

The Alan Parsons Project is a famous rock band that chooses the original name of Edgar Alan Poe, that was adopted, when was kid, just before to move to Baltimore with the family Poe. The rock band was born with its first album on 1976 with the Mystery Tales and Imagination where the first single was The Cask of Amontillado, where part of its lyrics said

You can check on Youtube or Spotify the rest of the songs dedicated to the writer. 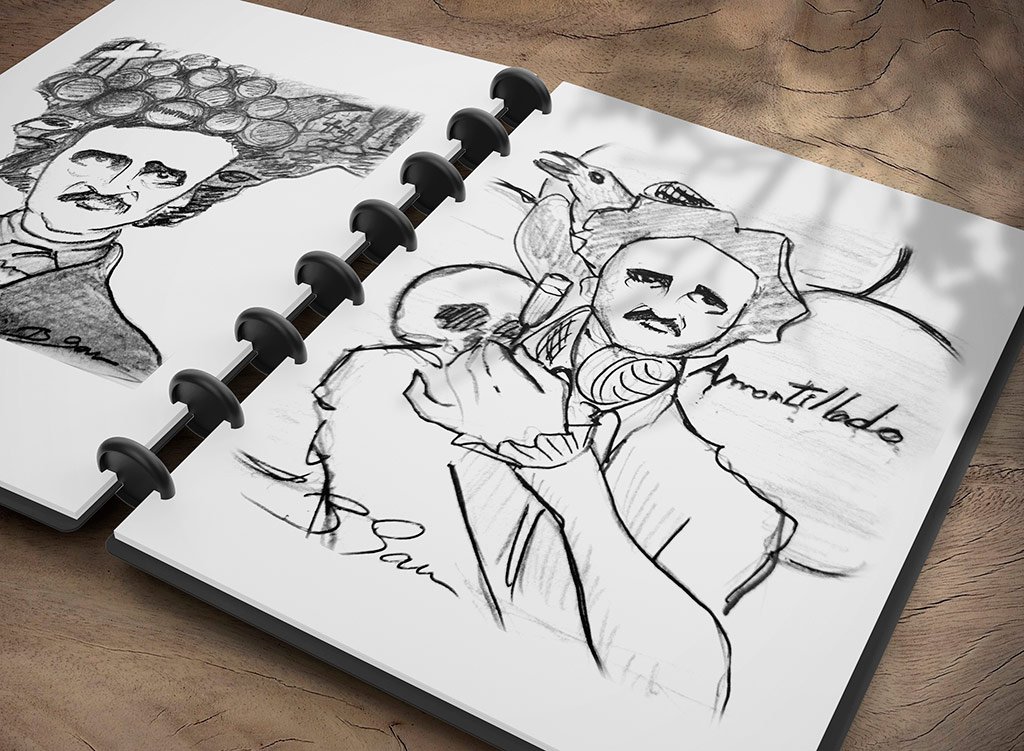 Poe has been influenced a lot of artist, like the cordobesian painter Blanca Gan @GansnRoses . Also, Guillermo del Toro and Scott Cooper are planning to recorded a film about him.

Bonus Track: Which other wines appears on this tale?

Curiously, on The Cask of Amontillado, no only talk about the fortified wines, but other too. The role of Montressor offer to Fortunato, in order to get him drunk , a bottle of Medoc (one of the famous Appellations Controlé from Bourdeaux in France) with the excuse of that wine will calm his cough and he will not get cold.

The third wine that also is named on the short story, it is the one the rest of the people are drinking on the parade of the carnival. Possibly it is local wine, so for this reason I think that they are drinking Valpolicella DOCG or Soave DOC wines, that traditionally were diary wines, low cost, and the ones that most people were drinking on the parties. Only some people could pay and aspire to drink Amarones de la Valpolichella, with excellent quality and hight price.